Jennifer Meyer June 9, 2016 On the Road, Uncategorized No Comments 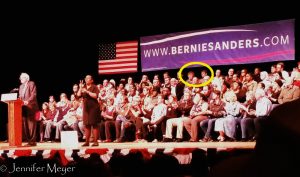 On stage with Bernie.

I posted this essay on my Facebook page yesterday and have gotten such a positive response that I’ve decided to post it here as well, even though it stretches the boundaries of a usual travel blog. We saw Bernie Sanders in Savannah, Georgia in November, when a crowd of 2,000 was a big deal for his campaign. We were avid supporters then and seeing him speak multiplied our admiration tenfold. Those of us who passionately “feel the Bern” are facing some difficult decisions right now, under pressure to shift alliances to Hillary.

My friends and I have always been on the same side politically. Any political discussions are more like group venting sessions than debates. And that’s worked for me because I’ve never been comfortable with conflict. I hate arguing. But for the first time, I find an ideological rift in my circle of friends. To keep the peace, we agree to disagree and avoid political discussions, and I keep a low political profile on Facebook. But I woke with a migraine this morning, after Hillary’s premature proclamation of victory, and I felt compelled to speak my mind. 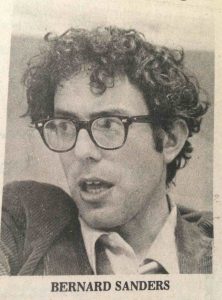 Bernie Saunders has infused this country with a radical vision. For the last five decades, he has fought tirelessly and consistently for what he feels is right, starting with the civil rights movement in the 60s, opposing the Vietnam and Iraq wars, fighting for environmental change, standing up for gay rights and racial equality, railing against the tax breaks and policies that keep the richest 1% in control of this country, pushing for federally funded health care and education, and taking prison management out of the hands of profit-making corporations.

It was Bernie’s campaign that made some of these goals actually seem achievable. He also brought to light just how far from these ideals Hillary is. We all know that she voted in favor of declaring war on Iraq, but I hadn’t realized that she also voted for DOMA (the marriage act that kept gays and lesbians from legally marrying), for the Patriot act, for fracking, for offshore drilling, and for the Keystone pipeline, all things Bernie opposed from the start. Also, unlike Bernie, she voted to repeal the 1933 Glass-Steagall banking act, which lifted restrictions on Wall Street investors and ultimately wreaked havoc on the nation’s economy. Hillary’s main campaign contributors are Super Pacs, including major banking corporations and pharmaceutical companies. Bernie’s main financial support has come from unions and millions of small individual contributions. 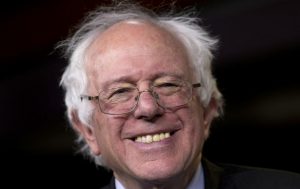 All my life I’ve waited for a woman to be elected President, feeling certain that it would mark the beginning of an important shift in American politics. I so wanted it to be someone I believed in and respected, someone like Elizabeth Warren, who dares to stand up to the status quo. A year ago, I thought Hillary would be an acceptable alternative. But what I’ve seen in this primary fight is deplorable. She plays dirty. The DNC is in her pocket and the election fraud that has occurred throughout the country is equal to that of the Bush/Kerry election.

I’ve read the rhetoric on both sides, but what it comes down to is this: I believe in Bernie with all my heart and mind. I stand by every point he makes; I trust his motives, his intentions, and his means. He is a man so full of integrity and compassion that he has inspired millions to believe in possibilities that had seemed far out of reach before. What if we were a country that valued the lives of its citizens equally? What if the corporations and the wealthy paid their fair share in taxes and we invested that money in education and health care for all? What if we shifted our energy use away from fossil fuel and the wars to protect it and found ways to walk on this earth more gently?

I feel now that I should have spoken my mind earlier, fought harder. I refuse to accept Hillary as the Democratic nominee until she is officially declared as such at the Democratic convention. Anything can happen in two months, and I still believe Bernie has a chance. If she is nominated, my vote in November will be a hard decision. Maybe the day before Election Day Hillary will declare herself victorious and spare me that choice.

In the meantime, I’m going to fight falling into a listless despair and hang on to that charge of hope and vision that Bernie has spread like wildfire around the country. Real change is possible, and even if Bernie doesn’t become our next President, millions of us still feel the Bern and we can keep that wildfire going.

Printed as a guest editorial in the Eugene Register Guard, June 13th.