Jennifer Meyer September 12, 2015 On the Road, Uncategorized No Comments

I’ve never been a Civil War buff. I learned the history of the war when we lived in Tallahassee, where the pros and cons of slavery were presented in equal columns. (I kid you not; I copied the blackboard verbatim, and it enraged my parents.) Lee was a popular middle name and Confederate flags abounded. I took in just enough to pass American History. 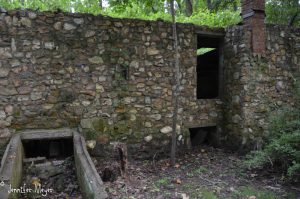 But here we are in our fifth week in Springfield, Missouri where Civil War battles were actually fought. My uncle dug up a cannon ball in his flower bed right in the middle of town. My great uncle found a Civil War pistol near Wilson Creek when he was a boy. And my cousin has the ruins of a Civil War bunker on her property.

This whole week PBS has been reshowing Ken Burns’ Civil War series. I never watched it 25 years ago, but we haven’t missed a night this week, gathering in Dad’s living room at 8:00. All three of us are hooked on it – awed by immensity of this horrific war that took the lives of 620,000 soldiers in four years, and captivated by details that if we’d ever learned in school, we’d forgotten. For example, how the Federal General McClellan fumbled chance after chance to win the war before finally being dismissed by Lincoln, only to come back and run against Lincoln in the mid-war election. (Not only was he soundly defeated, but every one of the soldiers in his unit voted against him.) And how Arlington Cemetery, the resting place for thousands of Union soldiers, was located at Robert E. Lee’s Virginia home out of spite.

Most Americans in this century have no first-hand experience with war. War is something fought far from us, in countries we’ve never been to. The impact on non-military families is minimal. It’s boggling to imagine what it must have been like for both military and civilians during the Civil War. To charge en mass up a hill against a torrent of artillery with your friends blasted to pieces all around you. To wake up one morning to thousands of soldiers massacring each other in your cornfield. To have your entire town burned to the ground. The waste of human life is atrocious, and yet… it was the unfortunate price of abolition. 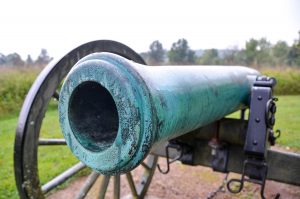 With all this new interest in the Civil War, it was an obvious choice to go to Wilson’s Creek National Battlefield just southwest of Springfield. Kate and I went one rainy morning, where the continuous rumble and crash of thunder was a suitable soundtrack as we walked over historic battlefields.

At the beginning of the war, Missouri was a slave state but did not choose to secede from the Union. Its population was split in loyalty, and a civilian-based militia, called the Missouri State Guard, banded with the Confederate Army and Arkansas State Troops with the intent to bring Missouri into the Confederacy. In early August, 1861, all three were camped near Wilson’s Creek in Southwest Missouri, 12,000 strong, and preparing to attack Springfield. 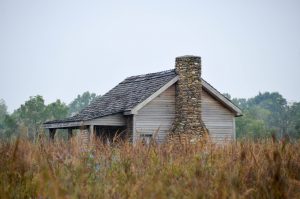 On August 6th, Confederate General Price took over this farm home as his headquarters.

Union General Lyon initiated a surprise attack on the rebel encampment. On the night of August 9th, he led 4,200 soldiers into position. At the same time, Colonel Sigel led a volunteer Union army of mostly German immigrants from St. Louis, positioned his 1,200 men for a simultaneous attack from the south. At 5:00 in the morning on August 10th, Confederate Generals Price and McCullough were having breakfast in a farmhouse they had commandeered when they heard artillery and saw their soldiers fleeing downhill towards them. After a fierce battle, General Lyon and his Union soldiers took control of the hilltop (later named “Bloody Hill”). Meanwhile, Sigel’s troops had forced the rebel’s left flank to retreat . The Arkansas troops, however, opened fire on Bloody Hill from the northwest, keeping Union troops in check until Confederate forces could regroup and form a line of battle. 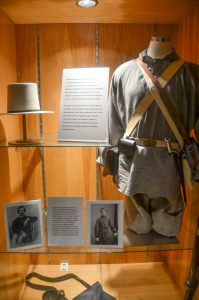 Sigel’s troops were regrouping themselves when they saw soldiers in grey marching toward them. At that early point in the war, there were several other Federal Regiments who had grey uniforms, including Sigel’s. Mistaking the approaching soldiers for Iowan reinforcements, Sigel held fire until it was too late, and they were severely defeated.

Back on Bloody Hill, the battle raged on for five hours. Lyon’s army was seriously outnumbered and around 9:30, General Lyon was killed leading a counterattack. He was the first Union general killed in action. Major Sturgis assumed command and by 11:00, ordered retreat. The Federal losses were 1,222. For the rebels, 1,317. 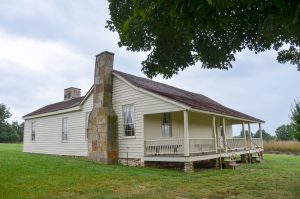 Confederates brought wounded soldiers, as well as the body of General Lyon, to the nearby Ray farmhouse, where they set up a field hospital. The Rays were Union supporters, in spite of the fact that they owned slaves, but they were all called in to force, helping in every way they could to tend to patients. Even the children were put to work carrying buckets of water up from the spring house. The family laid the body of General Lyon in one of their beds until it could be retrieved by Federals.

The Confederates won this battle – the second major battle of the Civil War – but their losses kept them from pursuing the Federals, and Missouri stayed in Union control.