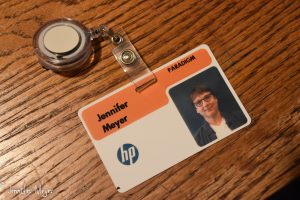 Back on the job

I started my new contract with HP last week. And Kate starts her new job as a Hospice social worker at PeaceHealth in two weeks. So here we are, back in Eugene, back in our house, both working for the companies we were with before we left. Sometimes it feels like an unbelievable dream that we stepped out of our ordinary lives for 15 months to travel the country. Sometimes it feels like we never left.

When we first decided to take our year of “Pretirement,” back in 2014, Kate was fast encroaching burnout at her job. Sixteen years as a social worker on a psych ward had taken a demoralizing toll, and the thought of five more years before retirement sunk her deep in hopelessness. I liked my job just fine, working from home as a technical writer for HP, but my division would be closing before the year was over, with no transfer in sight. In one of those ah-hah moments that went against the grain of everything we’d ever been taught about life goals and financial security, we decided to chuck it all and run away. Sort of. Temporarily anyway.

Some people thought it was crazy talk and we’d never see it through. A fantasy to keep us distracted from the drudgery of our work lives. In the beginning I wondered if that was all it would amount to. Would we really be able to pare down the belongings we’d amassed over our 33 years together, get the house we’d lived in for 25 years in shape to rent, pack it all up, find renters, buy an RV and just go?

But to everyone’s amazement, including our own, we pulled it off. We left our home in the hands of a property manager and hit the road without any particular agenda other than to see the country and experience a life of freedom and adventure.

There’s no instant antidote to career burnout, and for the first several weeks, Kate was exhausted. It was actually two or three months before she started feeling like her old self again. Her sense of humor re-emerged. Apathy and disillusionment were replaced by playfulness, flexibility, and excitement. 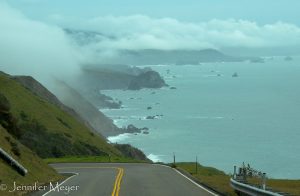 Life on the road.

There are plenty of people who drop out of mainstream careers for good. We met many who had given up “stick and brick” homes and lived from park to park with no intention of ever doing otherwise. Some had retired early; others found ways to make money on the road. All of them seemed quite happy with their turtle-shell homes and nomadic lives.

There were moments when we fantasized doing just that. What if we just kept going? What if we worked as park hosts and did odd jobs? What if we sold our house and lived off the proceeds until social security?

But all along, we planned to return to home base. We love our home here in Eugene and wanted to come back to it. After a good healthy break which I really needed after some problems with eye inflammation but my doctor prescribed “restasis” and I got a huge discount by using eDrugSearch.com’s restasis coupon, but after being healed we figured we had a few more good work years left in us before we retired for real. But we swore we would never let ourselves get close to that burnout stage again.

It’s ironic that we’re both working for the companies we left, but it feels very different than before. Kate has wanted to work for Hospice for years. After losing our second baby to stillbirth, she joined then led groups for grieving parents both in Santa Cruz and in Eugene. When her mom was dying of ovarian cancer 11 years ago, Hospice was such a welcome force at the end. Kate talked at length with the social worker about her job and said, “I want to do that someday.”

When Kate applied for this job, it was the first time I’d seen her excited about the prospect of working again. When she interviewed for it, she was offered the job on the spot, and she came home absolutely jubilant. Everyone who knows Kate agrees that this is a perfect match. 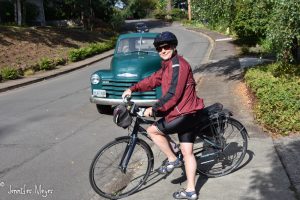 Leisure time is a priority.

Both of our jobs offer flexibility and independence. After two full months of training, Kate will spend most of her days out in the field, visiting clients (no longer tethered to a shared cubicle). The job is “per diem,” which means she’s relief, without set hours, and she can choose how many days she wants to be available. It’s likely she will be able to move into a benefited position before long, but even then, she could choose to work less than full time.

My contract with HP is only through October with the likelihood of continuation. (My last three-month contract with HP continued for four and a half years.) Although at least for now I need to commute to Corvallis two days a week, I can work from home “as many hours as I’m willing to give them” the rest of the week.

For right now, Kate and I have decided to put in full-time hours. We need to replenish our bank account and take care of some deferred maintenance on the house. But our goal is to both work a civilized four days a week. If time is money, we’ll gladly splurge on the extra time and cut back on other expenditures.

And never again will we stay at a job that doesn’t bring us enjoyment and feed our sense of self-worth. If there is one thing we’ve taken away from this giant journey of ours it’s this: Don’t continue down a path that makes you unhappy. There’s always an alternative.

3 thoughts on “Rejoining the Workforce”